Bali bombing survivor Peter Hughes understands the importance of heroes in the community.

The ambassador of this year’s St John Ambulance Community Hero Awards, Mr Hughes, said he thought it was important to acknowledge heroes in the community.

“A hero doesn’t necessarily have to be the best at anything - you have just got to be somebody that cares and is just willing to help somebody who really needs it,” he said. 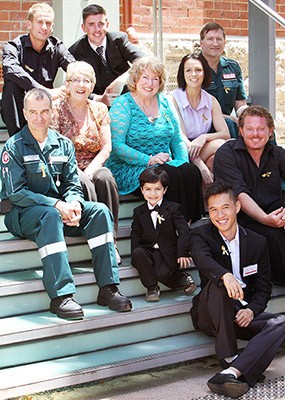 “These awards are a way to say thanks. As the survivor of a really bad trauma, I think it is really important to tell these people ‘thanks for helping us because if it wasn’t for you guys I wouldn’t be alive’.”

St John Chief Executive Officer Tony Ahern said the Community Hero Awards acknowledged individuals who had shown selflessness and courage to save the life of another.

“It is not an exaggeration to say saving a life through decisive and fast action is incredibly heroic,” he said.

Mr Ahern said it was incredibly important to recognise members of the community who had assisted to prevent death or serious.

“Winning a Community Hero Award is a way to publically honour people whose acts are deemed by the judging panel to be selfless, courageous and which provided a significant benefit to the member of the community being aided,” Mr Ahern said.

A judging panel made up of representatives from media, emergency and health services will assess the nominations and the awards will be announced at an event at Government House on December 4.

In October 2002, Peter was enjoying a holiday in Kuta and was sharing a drink in Paddy’s Bar when a bomb went off. That bomb and a second one at the nearby Sari Club claimed the lives of 202 people.

Interviewed in hospital by media shortly after the bombings, in Australia, Peter became the public face of the bombings.

Nowadays, Peter runs a successful roofing business and he remains a nationally recognised figure through his public speaking.