The Red25 Emergency Services Challenge sees emergency personnel from across the country, challenge each other to donate blood over a three month period.

St John Area Manager Alan Wright said he was pleased at the number of people across the WA service willing to get involved and support the Red Cross by giving blood.

“Not only were we the overall winners in WA, but we were sixth on the ladder for all emergency services across the country.

“All up we made 569 donations which is the equivalent of saving 1722 lives,” Mr Wright said.

“To add to the competition each department and ambulance shift kept their own tally in an effort to outdo each other.

“As an emergency service we are reminded every day of the importance of giving blood so we were more than happy to get involved,” Mr Wright said.

“St John WA had the highest growth in donors nationally with 90% growth from 2018.”

Blood Service spokesperson Yvonne Stickland said St John Ambulance really stepped up to the challenge in 2019 with an incredible increase in donations.

“Not only did St John donate blood more times than their WA Police and DFES rivals, they increased their number of life giving plasma donations from the previous year,” Ms Stickland said.

“Plasma can be used in 18 different life-giving ways, and with demand for this powerful component of blood growing rapidly every year, St John provided exactly the donations needed.”

“They are lifesavers in so many ways and such worthy winners of this year’s Blood Challenge,” Ms Stickland said.

Although the challenge itself is over for another year, St John participants will continue to donate throughout the year. 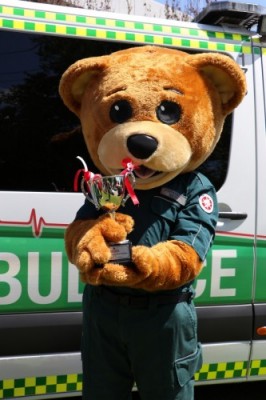