“Based on our nearly three years of evidence in running three Urgent Care centres, we’re confident this will make a real difference where patients can receive high quality care without the need to attend an emergency department."

With the funding of $28 million announced in Tuesday’s Federal Budget, St John will run a four year trial by opening four new Urgent Care centres in the areas of Midland, Cannington, Osborne Park and Mandurah. The first of these will open in the second half of 2020.

St John CEO Michelle Fyfe said: “We at St John are delighted that the Health Minister has recognised that Urgent Care centres play a key role in strengthening the pre-hospital system. We are confident that the entire system of General Practice, after hour’s General Practice, Urgent Care and Emergency Departments, all working together, will deliver the best outcome for the whole community.”

For the last three years St John has been operating Urgent Care centres in Cockburn, Joondalup, and Armadale. These centres were the first of their kind in Western Australia. 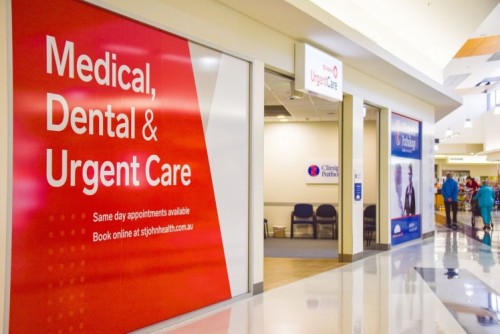 ificant that the Federal Government decided to run a four year Urgent Care trial and St John believes it can have a positive impact on the health system.

“St John believes that facilitating and investing in alternate care pathways for unscheduled care such as Urgent Care is the best way to deliver good outcomes for people in need,” she said.

“We are pleased that the Government recognises the value of these centres and has announced this funding.

“Based on our nearly three years of evidence in running three Urgent Care centres, we’re confident this will make a real difference where patients can receive high quality care without the need to attend an emergency department.

“Our experience has shown that 35 per cent of patients treated in St John Urgent Care would have presented at an Emergency Department.”

Utilising 130 years’ experience in the delivery of humanitarian and ambulance services in WA, St John has been offering patients a bulk-billed alternate pathway to care that is safe, timely and high quality its three centres.

St John’s urgent care centres provided treatment to 57,558 patients throughout 2017/18, a 36 per cent increase on the numbers seen in the previous year.