In addition, 26 National Medals and medal clasps were awarded to ambulance and communications personnel in recognition of their service. Paid staff who have provided 15 years of unbroken service for St John were eligible for the National Medal, with clasps for every 10 years of service thereafter. The National Medal is a recognised award within the Australian Honours System.

The Community Hero Awards are awarded to individuals who have displayed enormous courage and exceptional judgement in assisting another human being. 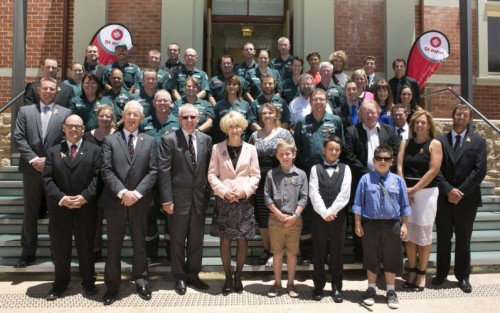 “These people have demonstrated acts of courage or exceptional judgement in putting the needs of others first and they deserve to be applauded,” he said.

“Particularly pleasing this year is the spread of ages among the winners. We have a two seven-year-olds, a nine-year-old, a teenager and adults, which highlights the fact that anyone can learn and deliver life-saving first aid.

“We are also extremely encouraged by the increase in numbers of people saved by CPR on previous years which underscores our commitment to making first aid a part of everyone’s life and building resilient communities.”

A panel of prominent West Australians from media and health fields helped select the award recipients.

The Community Hero Award winners were: