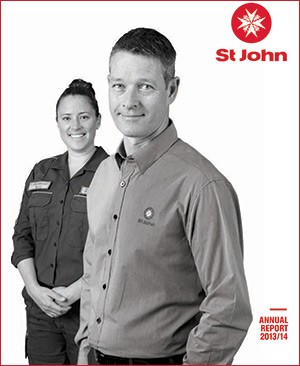 “West Australians can be confident that St John continues to deliver a world class ambulance service,” he said.

“Our strong performance across the business is a testament to the hard work of staff and volunteers.”

“Not only did we have more ambulance attendances but our response times improved for all our incident categories, covering emergency to non-urgent,” he said.

“St John must reach 90 per cent of all jobs in a specified timeframe and not only did we meet and better these targets, we had the fourth consecutive year of response time improvement.”

The decrease reflected the creation in January of a standalone Patient Transfer Service division to provide non-emergency transport.

“Our new division and dedicated communications has proven to be a better allocation of resources and provided an easier method for hospitals and other agencies to arrange non-emergency transport with St John,” Mr Ahern said.

“That surplus will be reinvested in our charitable activities and for the delivery of our extensive and ongoing program of capital works in property, fleet and equipment,” Mr Ahern said.

Major capital works programs completed in 2013/14 included new regional offices in Kalgoorlie and Broome and the construction of a new ambulance depot in Morley.

A full copy of the report is available here.