St John, which runs the state’s ambulance service and is the leading provider of first aid training in Western Australia, has recorded another successful year achieving ambulance response time targets and training more than 245,000 West Australians.

“The way our service is interconnected plays a large part in that. First aid is crucial in this and explains why we put such a huge effort into training and in 2014/15 we trained more than 9 per cent of the population." 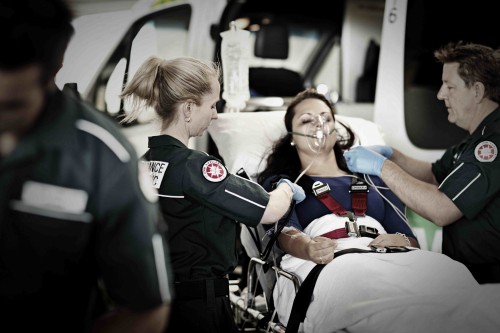 “The more people we train in first aid to help at an incident the better the patient outcomes once our ambulance arrives.”

“We also draw a lot of strength from our employees and our 4,852 volunteers to provide ambulance service and first aid training across our vast state.

“Our response times tracked mostly on par with the previous year in the metropolitan area and many of our country career centres had improved response times,” he said.

The State Operations Centre, which handles all triple zero ambulance calls (000), received 513,112 calls in 2014/15, up from 496,328 in 2013/14.Our Patient Transfer Service, which provides all non-urgent medical transport, grew from strength to strength, regularly achieving its 85 per cent target to arrive within 15 minutes of the booking time and complete the transport on time.

“That surplus will be reinvested in our charitable activities, such as our First Aid Focus program in schools, our capital works program, investment in fleet and equipment and our volunteer model all of which will continue to enhance the services provided to the community,” Mr Ahern said.

• We increased Community First Responder (automated external defibrillators) locations by nearly 30 per cent from 751 to 970.

The Annual Report can be viewed here