The St John Ambulance WA sub centres of Kununurra and Wyndham have raised more than $33,000 for Kimberley Ultramarathon fire victims Turia Pitt and Kate Sanderson. Kununurra community paramedic Sarel de Koker said volunteers from both sub centres helped raise the money for the pair who suffered serious burns after being encircled by fire in the El Questro Wilderness Park while competing in the ultramarathon. Mr de Koker said two major events, a "virtual Rottnest swim" held at the Wyndham swimming pool in February and an auction night, had been well supported.

“Teams of swimmers completed distances the equivalent of the Rottnest Channel Swim and while this left a lot of them sore and exhausted at day’s end, they did it because they know what these two girls went through was much tougher,” he said.

“The auction was attended by 180 people and we had a lot of items donated to us by various local companies. Our major sponsors included Kimberley Discovery Cruises, Tropical Forestry Services and El Questro. We are very pleased to be able to make this donation to Turia and Kate and we help it can ease their path back to health."

St John Ambulance WA has strong links with the two women as Turia served as an ambulance volunteer at the Kununurra sub centre. Turia and Kate were also treated at the scene by Mr De Koker and a team of three volunteer paramedics who climbed 150m up a cliff ledge of loose rocks to get to them. Mr de Koker and volunteers Bonny Rugendyke, Leigh Sonnemann and Angela Hales were later presented with bravery awards by Governor Malcolm McCusker for their roles in the rescue. Mr de Koker and his supporters also raised a further $2000 for police officer Ryan Marron by competing in the Gibb River Road Mountain Bike Challenge.   -ends 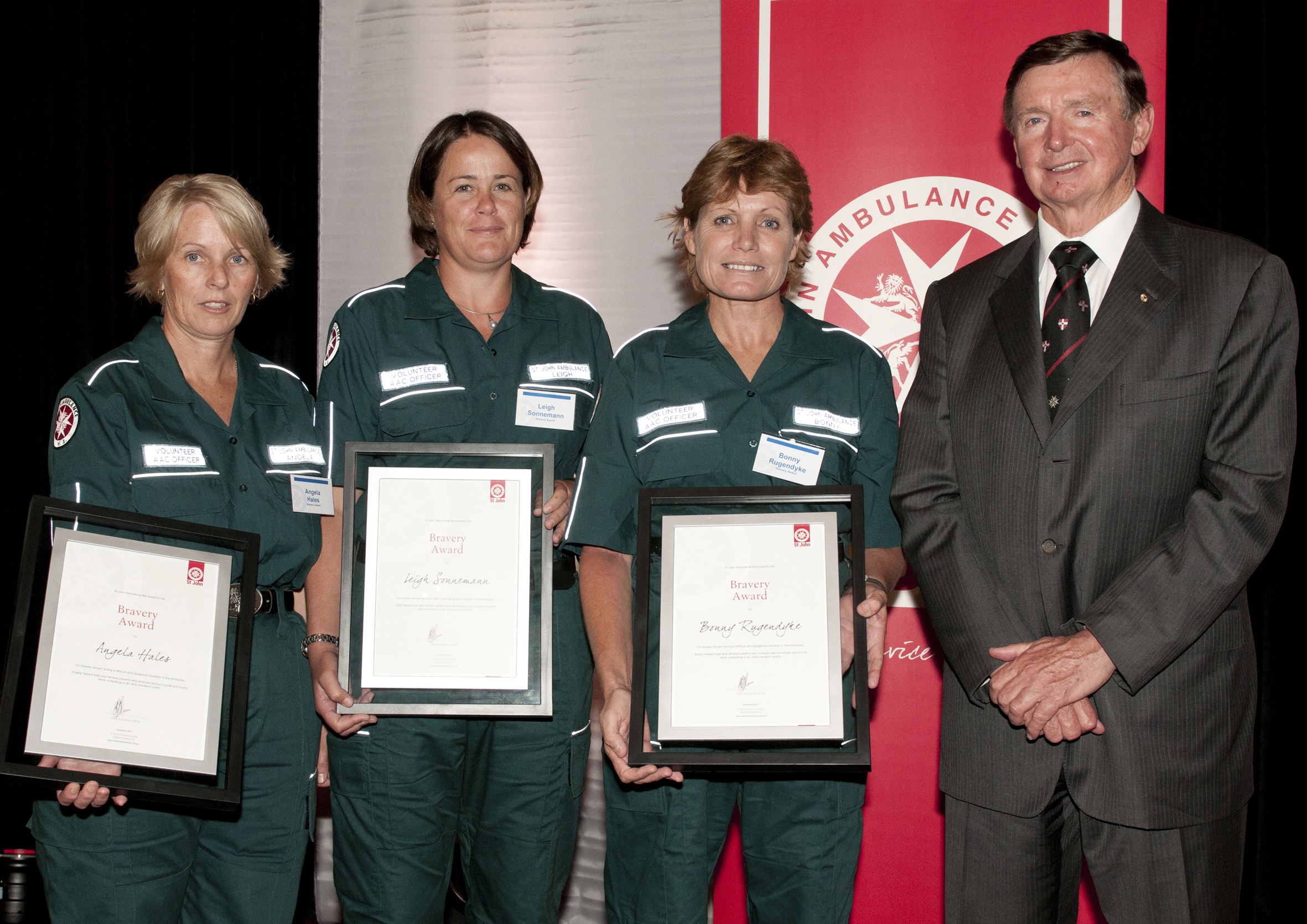 Sporting and community groups encouraged to apply for a Heart Grant

Why you should book a First Aid for Mental Health course

Warning on Bites and Stings with change of season

Seizures First Aid – What You Need To Know

Know the difference between Allergies and Anaphylaxis