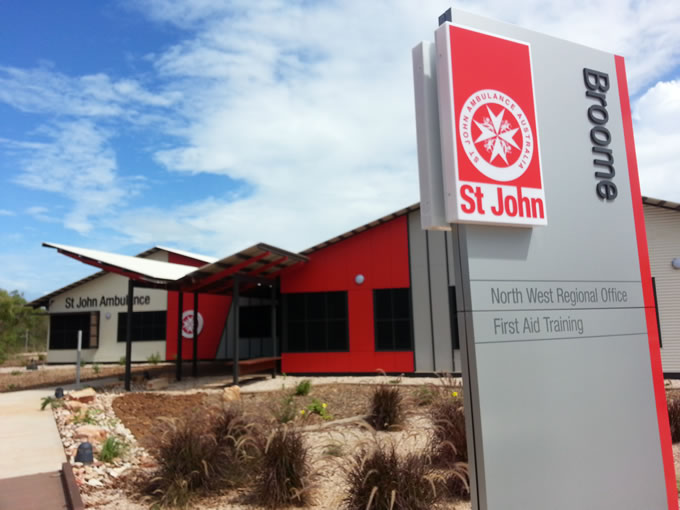 A new $4.8 million headquarters for St John Ambulance Western Australia in the North West has opened today in Broome.

The new facility will provide a hub for St John services across the region and will serve as an ambulance depot, regional office and training centre.

“Our workload in Broome has been building for some time and this new facility gives us much needed additional capacity to serve this community,” Mr Ahern said.

Mr Ahern said the new regional office and depot would serve to support the contribution of volunteers in the local community.

“Volunteers are an extremely important part of the St John mix and have been for more than 100 years,” he said.

“We rely on the contributions of a vast number of people throughout WA, including 61 volunteers in Broome and this new development is as much about them as it is our paid staff.”

The new facility will have a six bay drive-through garage which will cater for the extra ambulances required for the planned increase to eight paramedics and improve the turnaround time for an ambulance to respond to incidents.

The new North West Regional Office will provide additional support to our volunteer sub centres in the North West, as well as support for the five Community Paramedics operating in the smaller communities.

Mr Ahern acknowledged the funding partners in the project.

“I’d like to thank both the Commonwealth and State governments for their financial support. The Australian Government Regional Development Australia Fund contributed $2.5 million to this project with $2 million contributed by the State,” he said.