A team of cyclists from St John Ambulance WA and Argyle Diamond Mine representatives smashed their expectations having competed in the recent Gibb River Challenge.

The group had set out to raise $15,000 for six life-saving defibrillators but eventually wound up with more than $31,000, enough for eight defibrillators and a $2000 donation to the RFDS.

Kununurra community paramedic Sarel de Koker said he was delighted with the result.

"This was a great team effort and a great result for Kununurra. With eight new defibrillators around town we will be better equipped to deal with sudden cardiac arrest," he said.

Sarel said the event lived up to its name: "It rained every day and the mud made it a real challenge."

The team, made up of six members of SJA’s Kununurra sub centre and two people fromArgyle Diamond Mine, spent four days cycling across the Gibb River Road.

The AEDs will also be linked to the St John Community First Responder Program.

This means that if a triple zero call is received by St John Ambulance indicating that a patient is suffering a cardiac arrest near one of the six locations, key words will trigger an alert to show that a First Responder is nearby (a First Responder is a person located nearby who has had prior training in using the AED).

Sarel said an emergency event that happened in a town bank was the motivation for the fundraising.

"We had a successful resuscitation earlier in the year in a bank after someone suffered a cardiac arrest, when the police were first on the scene and started effective CPR," he said

"This had a positive patient outcome and we realised if we can train more members of the public in CPR and the use of the defibrillators we could have more outcomes like this." 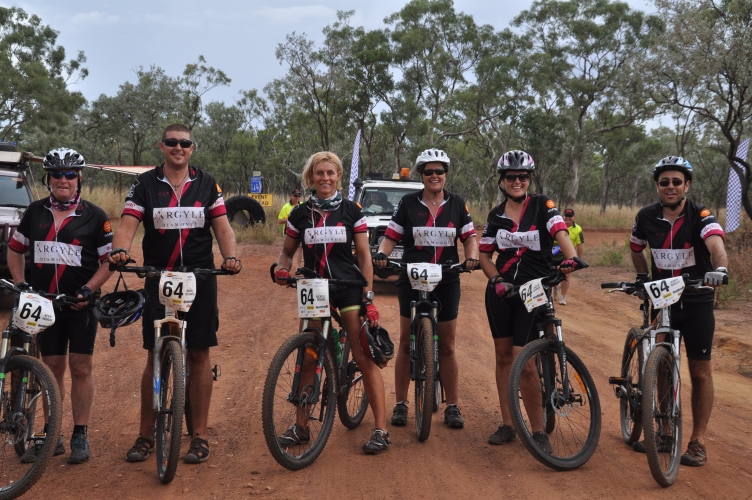 • In the event of a sudden cardiac arrest, rapid time is vital. For every minute that that the victim is not defibrillated they lose a 10 per cent chance of survival. After 10 minutes the chances of recovery are virtually nil.

• In Australia 25,000 to 30,000 people a year die from a sudden cardiac arrest. To help reduce that number we need to have AEDs in the community in common areas such as offices, leisure centres and businesses.