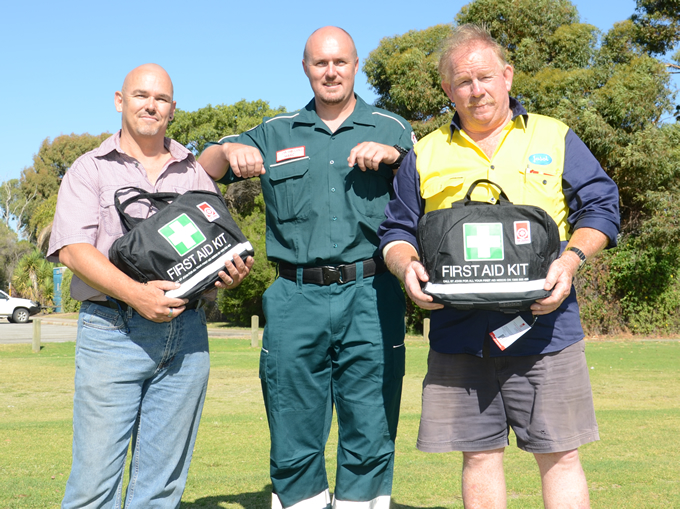 When a light plane crashed into an oval in South Lake it was only a matter of seconds before help arrived.

Pilot Tony White and his passenger Ralph Lerch suffered severe burns and serious injuries when the plane they were in crashed in South Lake on December 9.

Nigel Lifford, of Armadale, and John De’Laney, of South Lake, were first on scene, helping the two men seconds after they jumped out of the burning plane.

Mr Delaney, a former emergency department nurse, saw the smoke from his home only 200 metres away and immediately grabbed his first aid kit and rushed to the scene.

"When I got to the burning wreckage of the plane and saw that the pilot and passenger were out of the aircraft and the horrific burns they had suffered, I was determined to do everything that I could to help give them the best chance of survival," he said.

"I did my initial rapid assessment, checking airways, breathing, circulation and level of consciousness."

Mr Lifford, a former volunteer firefighter with first aid training, was driving along Berrigan Drive on his way home from work. He also saw the large plume of smoke and thought someone could need assistance.

"John saw that I had a well-stocked first aid kit and started asking for gauze, saline, wound dressings and as quick as I could get them out John was putting them on Ralph," he said.

"All the time I was talking to Ralph, reassuring him that everything was okay and that Tony was okay and being worked on good people and the ambos were on their way."

"With burns injuries such as those suffered in this incident it is critical to respond quickly and commence first aid," he said.

"The immediate first aid rendered by these men no doubt played a critical role in the treatment chain to ensure the best possible outcome for both Tony and Ralph."

Mr Sherriff said if more people knew first aid we would have a more resilient community and better outcomes for all.

He said St John had a steadfast commitment to first aid training believing that anyone can save a life.

"The first 10 minutes after an incident are most crucial, and it is critical that after the call for an ambulance is made you keep the patient’s airway clear and start CPR if the person is not breathing, as has happened in this instance," he said.

For more information about first aid training or to book a course, visit: www.stjohnambulance.com.au