Have an accident free festive season

Have an accident free festive season

“We want to make sure their kids have the right gear when they set off on their new gadgets and toys – and that also means that mums and dads set the right example by wearing their helmet and so on when they go out."

St John Ambulance WA has reminded parents to deck their children out with the right safety equipment in the lead up to the Christmas holiday period.

While quad bikes, scooters and pushbikes are popular gifts for young children and youth, almost 200 people were injured while using these last holiday period.

A review of ambulance call out data collected by St John for the period 16 December, 2016 to 31 January 2017 has revealed: 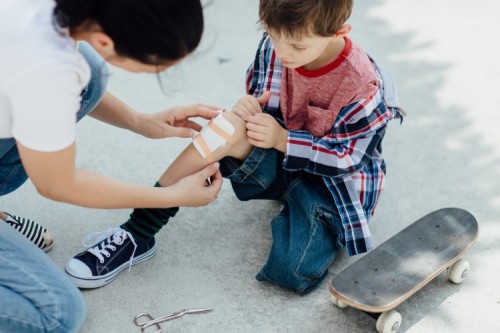 St John Metropolitan Ambulance General Manager Phil Martin said parents are encouraged to get their children to write to Santa and ask for the right safety gear to go with any gifts like bikes, scooters and skateboards.

“We want to make sure their kids have the right gear when they set off on their new gadgets and toys – and that also means that mums and dads set the right example by wearing their helmet and so on when they go out,” he said.

Mr Martin said a rise in the popularity of mobility gadgets such as segways, hover boards and electric skateboards could also spell more spills and ambulance call outs.

The data also revealed that 22 people needed ambulance attention after coming to grief in water and suffering a near-drowning.  Males aged 0-17 accounted for most of these cases with 11 individuals requiring ambulance assistance.

Horses also accounted for 16 individuals being injured during the 2016 Christmas holidays, the most common accident occurring as a result of a fall from a horse. Ten of these incidents occurred in the metro area and six in country WA.

Mr Martin also warned about the dangers of alcohol, with December and January traditionally being among the busier months for call outs for people who are severely intoxicated.

“We had to respond to 722 calls for help during the six week period – which comes at a huge cost to the community as well as tying up vital ambulance services,” he said.

“People not only suffer as a direct result of too much alcohol, they are more likely to be injured in motor vehicle accidents, assaults, falls and domestic trauma.”

No matter where you plan to spend the festive season, at home, on holiday or somewhere in the great outdoors, Mr Martin advised Western Australians to have a well-stocked first aid kit.

He said: “All kits should contain bandages and dressings, a thermal blanket, alcohol swabs and disposable gloves. It also equips you to provide basic care, while waiting for the ambulance, if you are first on the scene.”

For more information on first aid kits or to have your kit restocked, visit www.stjohnambulance.com.au.