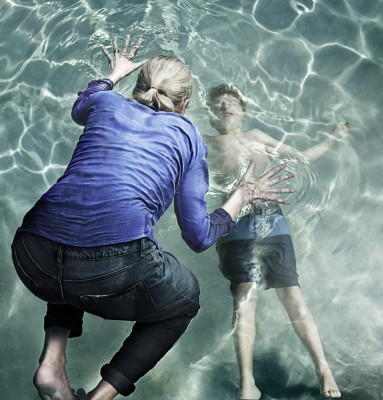 “We have been highlighting the importance of learning first aid for more than a century, and while a growing number of West Australians have been trained, too many still don’t know how to save someone’s life in an  emergency,” Mr Ahern explained.

“Performing first aid before the ambulance arrives can often be the difference between life and death. It can also prevent more serious injury. For example, we know that irreversible brain damage begins if you go more than four minutes without oxygen.”

Last year in WA, St John paramedics and volunteers attended more than 250,000 cases. Research shows for motor vehicle accidents alone, up to 15 per cent of deaths could have be prevented each year if basic first aid was administered at the scene before paramedics arrived.

“We think this campaign will resonate with people emotionally and motivate them to book themselves into a course,” Mr Ahern said.

St John General Manager Metropolitan Ambulance James Sherriff said this ad is nowhere near as upsetting as it is for paramedics arriving at an emergency where no by-standers were able to perform CPR.

“You go through a range of emotions from shock to ultimately anger when you realise a patient would have had a fighting chance but no one at the scene knew first aid. That feeling is amplified when it’s a child you’re dealing with,” Mr Sherriff said.

The new campaign, which has been produced by The Brand Agency for St John, shows a mother rush to the aid of her drowning child in a backyard pool, only to be prevented from rescuing him by an invisible barrier.

Mr Sherriff said: “That’s exactly what it’s like if you haven’t had first aid training, there’s a barrier preventing you from helping the other person. No matter whether it is a loved one or complete stranger, you feel instantly powerless to lend assistance.”

“If you do know first aid, it’s surprising how the basic skills come back to you in that moment and you’re able to administer some basic help: even just ensuring the airway isn’t blocked so the patient keeps breathing until paramedics arrive.”